A Layover in Doppelganger-ville is book two of this series.

Where book one introduced the three main characters: Tori Logan, AJ Reynolds and Kalea Kinimaka, Book two follows Tori as she embarks on the strangest and most dangerous adventure of her life.

Picking up right where The Heart’s Journey Home: California Blend Summer Vacation leaves off, book two in the series follows seventeen-year-old Tori Logan as she and her best friends, AJ and Kalea, accompany Tori’s archeologist father to a job in Israel. 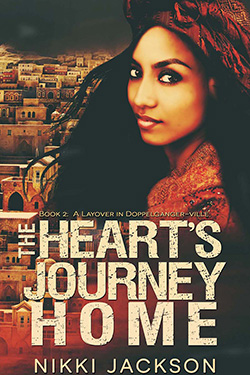 As a member of a government-training program to become a criminal profiler, Tori Logan is used to her life looking a little different from the lives of other girls her age. She’s also used to having plenty of adventures – so when she and her best friends see an excavated quarry in one of Jerusalem’s most famous archeological sites, they waste no time checking it out for themselves. Adventurous and fiercely independent, Tori leads her friends into the quarry where they happen upon what appears to be a secret passageway. As the trio laughs and jokes, small rumblings turn into big quakes and the walls start to crumble around them. Kalea and AJ escape, but the site collapses before Tori can find her way out.

When she comes to, Tori realizes she’s traveled back in time to ancient Jerusalem. With her quick wit and drive to survive, she concocts a story about why she, a foreigner, is there and she finds shelter with a widow woman named Judith—who looks exactly like her father’s girlfriend, Rachel.

As Tori encounters other people who are spitting images of loved ones back at home, she must reconcile truths about herself with the hard realities about the situation in which she finds herself. But will these lessons last once she’s back at home? Will she even make it home?

Want to check out the first two chapters?
Download a preview of book 2 here (pdf-301k)

Get A Layover in Doppelganger-ville on:
Amazon
Barnes & Noble
Kobo
Scribd

California Blend Summer Vacation is the first book of this series.

As book one it introduces the three main characters: Tori Logan, AJ Reynolds and Kalea Kinimaka.

It’s summer vacation, and all seventeen-year-old Tori Logan wants to do is hang out with her two best friends, practice her mixed martial arts and go to FBI spy camp. Summer means freedom (mostly from adults) and Tori plans to fill every spare moment of her last summer before graduating from High School with all the fun things she and her best pals can come up with. 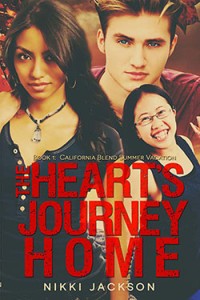 Tori, whose mom died of breast cancer when she was young, has always relied on her own strength to get by – especially because her Archeologist father tends to leave her behind with his live-in girlfriend while he gallivants around the world on digs.  Thankfully, Tori can take care of herself. She knows exactly who she is and what she wants to do with her life. Her Lakota Sioux grandfather, a former Navy SEAL, trained Tori in self-defense from a young age. Now, as a teenager, Tori excels at mixed martial arts and the use of various weapons.  During the summer she will be attending an FBI sponsored Summer Camp which she hopes will lead to her dream job – becoming an FBI serial killer profiler.

With her two best friends at her side, Tori believes she can handle anything. And with summer vacation stretching before them, the trio plans to find plenty of adventure.

But while Tori is determined to be independent, life has other plans for this fierce young woman, and they include coming to grips with some hard – and surprising – truths about both her past and her future.

Want to check out the first two chapters?
Download a preview of book 1 here (pdf-746k)

Get The Heart’s Journey Home on Amazon here

Get The Heart’s Journey Home on iTunes here 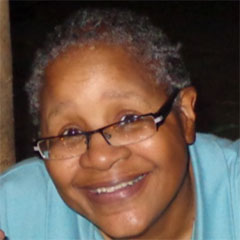